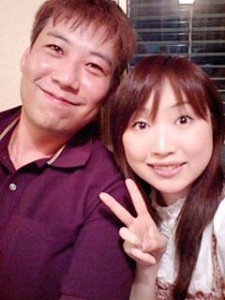 shiina and a seiyuu (ootake miyu, i guess) 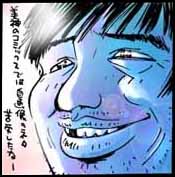 self-portrait?
this section is dedicated to shiina-senseis, the creator of my beauty ghost sweeper, where i'll add many data


myanimelist.net says that takashi shiina is a pseudonym for an artist who writes mostly for "shounen sunday" of shogakukan manga. Starting in 1989 with an anthology of short stories known as "shiina departmen store". from one of those shorts, he'd made his most known piece (mikami), who was made an anime in 1993, receiving that same year a prize by shogakukan shounen by toei animation.
anyways, i'm greatly pleased with this mangaka for his contribution to the anime world. Kudos to you, for giving me those memories about this beautiful redhead and her outrageous adventures.