Welcome to Reiko Mikami's shrine. the most powerful ghost sweeper there is in japan.
G.S Mikami / Ghost Sweeper Mikami, manga made by Takashi Shiina, with 390 episodes, divided into 39 volumes, made from 1991 to 1999 getting an anime with 45 episodes from 1993 to 1994. At the end of the anime they tried to hint to a new season, but that never happened (T-T)...but it had a couple of games and a movie (more like a long OVA).

The show is about ghost hunters (or sweepers), and the overpopulation of spirits and ghouls and youkais in japan causing economic trouble. the story didn't have a fix core, every episode was a new story, there wasn't a defined plot, the manga having the same issue till the astharot arc.

a pic of my waifu showing her cute smile. you have to love that...uwu 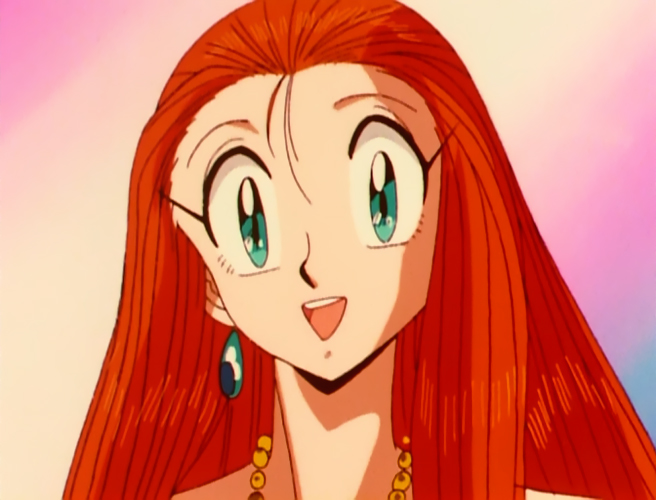